Diplomat David Walker has been confirmed as the new Government Appointee to the New Zealand Meat Board (NZMB).

From 2017 to 2021, Dr Walker was the New Zealand Ambassador and Permanent Representative to the World Trade Organisation (WTO). He was the first New Zealander to chair the WTO General Council and has also chaired the WTO’s Dispute Settlement Body and Committee on Agriculture in Special Session. He also holds a PhD in Economics.

NZMB Chair Andrew Morrison said the board was pleased to welcome Dr Walker to the role.

“David brings a unique skill set to the board. His global experience and knowledge will be a significant asset as the New Zealand Meat Board navigates the opportunities and the challenges that lie ahead for the sector.”

Mr Morrison also thanked outgoing appointee Renée Hogg, who had served on the board since May 2020.

“We have greatly valued Renée’s contribution as we have worked through one of the most difficult periods in the industry’s history.”

The NZMB is currently marking its 100th year as a critical player in the New Zealand red meat sector.

As a statutory body, governed by the Meat Board Act 2004, it is responsible for managing quotas in export markets that earn over $2 billion annually. It also manages over $80 million in reserves on behalf of livestock farmers as a fighting fund available for contingency events. The interest from these reserves is reinvested into projects on behalf of the industry. 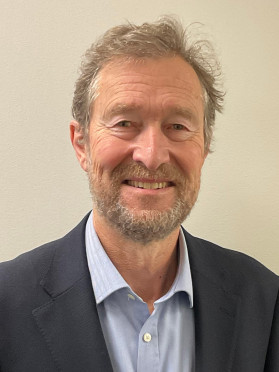